Abbey Consort is marking the one hundredth anniversary of the end of the First World War with two concerts, to be performed in Kelso Old Parish Church on Saturday 10th November and in Melrose Parish Church on Sunday 11th November. Both concerts begin at 7.30pm.

Haydn wrote his mass in 1796, at the height of Austria’s long conflict with Napoleonic France. The Austrian government had issued a decree that ” No Austrian should speak of Peace until our enemies are driven back to their original borders”. Haydn adheres to his remit, but audiences over the years have suspected that the unsettled nature of some of the music – military-like fanfares and ominous rumbles from timpani, quite unlike Haydn’s usual melodic style – may reflect an anti-war sentiment Haydn was not at liberty to express more openly. Despite the title there is much beautiful, joyful and ebullient music, the mass concluding in typical Haydn fashion with a demand, rather than a plea, for peace.

Not so Vaughan Williams, where the solo soprano repeatedly pleads “Dona Nobis Pacem”. This cantata was written in 1936, amidst growing fears of a Second World War. Vaughan Williams uses the poetry of Walt Whitman to starkly illustrate the horrors of war and death and there is no doubt he condemns the former. “Beat beat drums” is excitingly dramatic and a challenge to perform, but in stark contrast, “Dirge for Two Veterans” and “Reconciliation” are searingly beautiful and deeply moving. The piece ends with a further quiet plea for peace from chorus and soprano.

To compliment the works above, Jim has chosen Parry’s “My Soul there is a Country”, a setting of the poem Peace, by Henry Vaughan, which packs several styles and tempi into just a few minutes. The flavour of the work changes with almost every phrase, requiring sensitivity and precision from the choir, more of a challenge than might be anticipated. Our final offering is Mendelssohn’s Verleih uns Frieden – (Grant us Peace), a magical prayer for peace composed in 1831, which builds from the basses in the first section to the full choir, with a warmth of expression which carries hope that lasting peace may be achievable.

Tickets, priced £10, can be obtained in advance from Holmes of Melrose, Hector Innes in Kelso or on line at iandjmcgillivray@btinternet.comor at the door prior to performances. 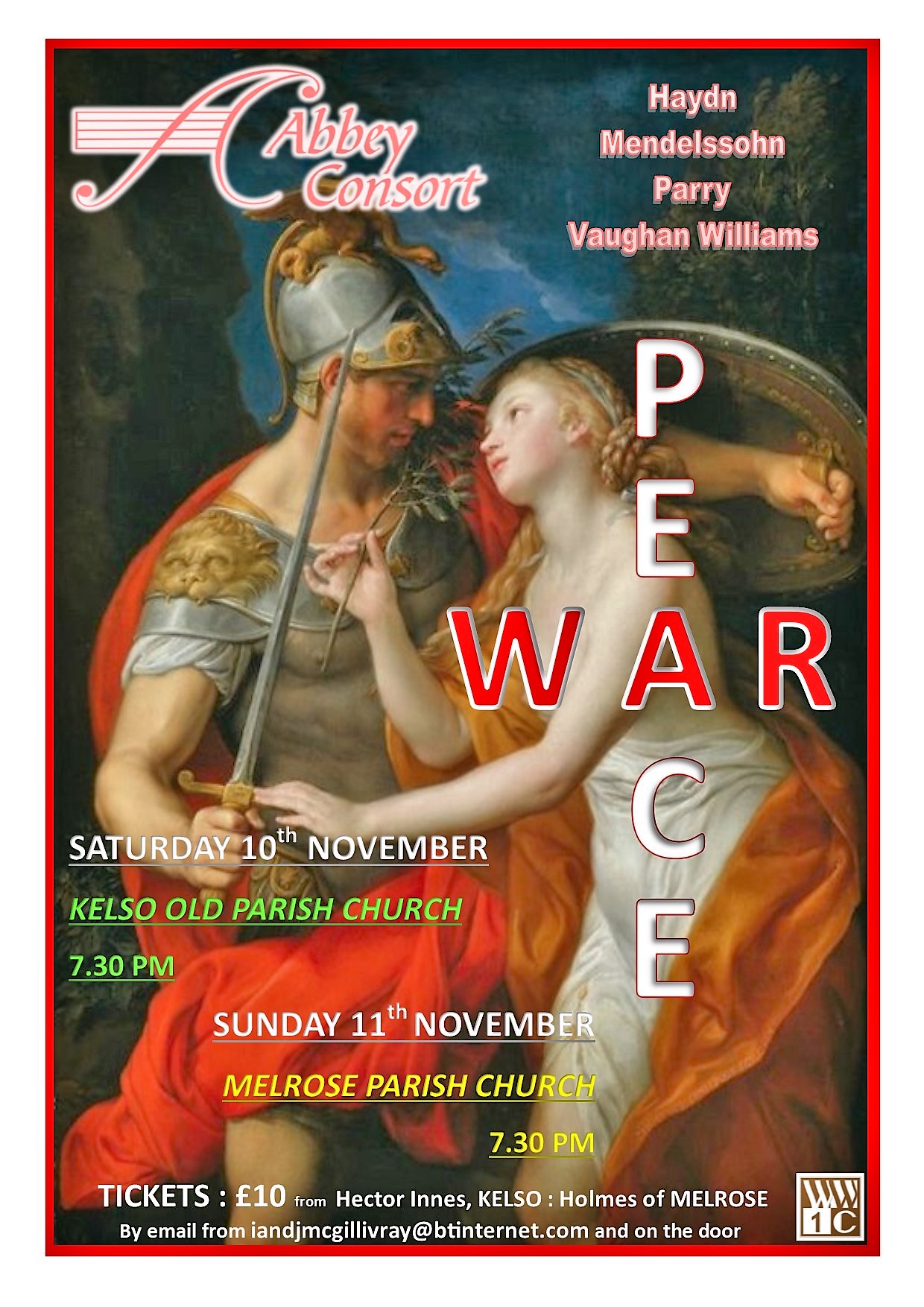